Story:
We've been here before, haven't we?

Once again, you're put back into the shoes of either Gold or Kris, and sent on your way across the Johto region. With the most accurate scripts, text, features, and everything else compared to other remakes, you can nostalgically relive your past GBC memories and experiences in full-on GBA style on your way to becoming a Pokémon master.
Base:
What you need to patch this to

Based off of Pokémon Emerald (U)
Features:
Why people want to play this and not Liquid Crystal some other remake

Screenshots:
Get people to play

Progress:
How far can you go?

Beta 2: Finished
Almost everything in Johto and some parts of Kanto


Awards:
Holy crap, we won something? 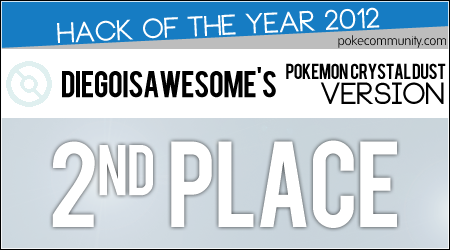 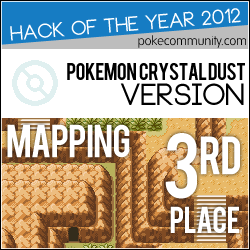 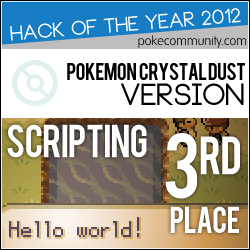 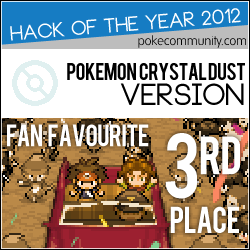 When flying to the Lake of Rage after defeating the Red Gyarados but before talking to Lance, the animation messes up a bit, making you appear under Lance for a split second.

Credits:
Who helped, and with what

If I forgot anything/anyone, please post and I will definitely fix it. But then again, if I missed someone, they're probably in the in-game credits anyways.

Downloads:
What you came here for

All patches, old and new, can be downloaded at DoMoreAweso.me.
Last edited: Mar 18, 2018

#2
Truly, CrystalDust's accuracy as a remake is quite impecable, definitely the aspect that I love the most too. I've been lately replaying it a little bit and I had a blast, no dialogue or event felt unfitting, it was as if GF developed the remake themselves.
I seriously can't wait to see what Diego has in store for us all once Pokeemerald reaches a usable state

#3
I am seeing this hack for a quiet long time, I hope you complete it soon. It's quite nostalgic.

#6
Man, I'm so glad to see that Crystal Dust has moved here. It gives me a heck ton of hope that this hack will not be discontinued. Just gotta pray that the emerald disassembly comes along well.
You must log in or register to reply here.
Share: Facebook Twitter Google+ Reddit Pinterest Tumblr WhatsApp Email Link