This hack is a classic journey through Kanto...backwards....or is it?

Team Rocket is going after the three birds! Will you be able to stop them? Come along on this adventure and find out!


-Travel through Kanto backwards
-Physical/Special Split
-Fairy-types
-Gen 4-6 Moves
-TM's can be used more than once!
-Legendaries!
-All starters available!
-Toggleable Exp. All!
-Fight Elite 4 in any order you'd like
-Gym Leader Rematches after you beat the Elite 4
-Fun minigames which let you pay $5000 to win anything from a Magikarp to a Rayquaza
-The chance to destroy Team Rocket's hopes and dreams (unless they destroy yours...)
-EV/IV display screen
-Decapitalization

-Status conditions don't display properly in the first rival battle
-Exp. Share gives double exp. to the Pokémon holding it instead of splitting it in half like it should (Feature maybe? Lol)
-There are some dialogues which may not be decapitalized for whatever reason...

-If you find any others, let me know asap so I can try to fix them! 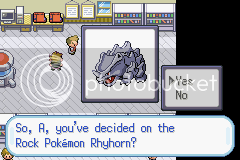 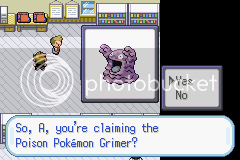 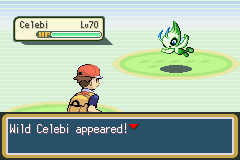 Credits
Gamefreak/Nintendo - For Pokémon Fire Red (Everything is property of Nintendo, I own nothing :wink-right-eye
Foullump - Pokescript tutorials back when I started out
Diegoisawesome - XSE tutorial
Mr. Dollsteak - Rombase
Spherical Ice - Pokemart sells more items with more badges script
HackMew - a lot of the tools we have today are thanks to HackMew's brilliance
Lunos, Daman, Wobb, BreadCrumbs, FBI, Touched, ASD, 5qwerty, Petuuuhhh - Teaching me how to actually use XSE and how to insert ASM routines, a lot of help on both ends, I will be forever grateful <3, and for all the support you guys have given me
The entire Rom Hacking discord - for being awesome

If I left anyone out, let me know!


FAQ
Q: Can I go back to the three islands once I leave?
A: Not until much later.

Q: Are there any Gen 4+ Pokémon in this hack?
A: Nope, there's only going to be Pokémon from the first 3 gens, and a whole lot of them.

A: In Icefall Cave, where HM07 used to be in Fire Red. To be more specific, it's at the end of the puzzle in Icefall Cave.
Downloads

See the spoiler for details and if you wanna be spoiled, I guess...

Talk to White in Cerulean Cave if you're still stuck (reload the area obviously), and please make sure you didn't fight Mewtwo otherwise it won't work properly
Old releases:

This release ends after you get your 6th badge, but there's a bonus fight for those who are interested...
Cerulean Gym as of 7/24/17: https://www.mediafire.com/file/zx8qx7o31o5p9oj/Pokemon_Flare.ups

8th Gym beta is here! Yay! Officially ends after the 8th gym, but there's an optional (in this beta) rival battle afterwards!
8th gym as of 1/3/2018: http://www.mediafire.com/file/jfc0l9yeysdlnh9/Pokemon Flare Gym 8.ups

Discord
If you wanna help out with the hack in any way or want sneak peeks of what's to come, join the Discord server!
Join the hack's Discord server here! ---> https://discord.gg/XcevBuc
Last edited: Jan 23, 2019
OP
OP

Here's a sneak peek of what's to come!
OP
OP

#4
This one is in my backlog,its quite good.

#5
I completed Flare and had alot of fun!
OP
OP